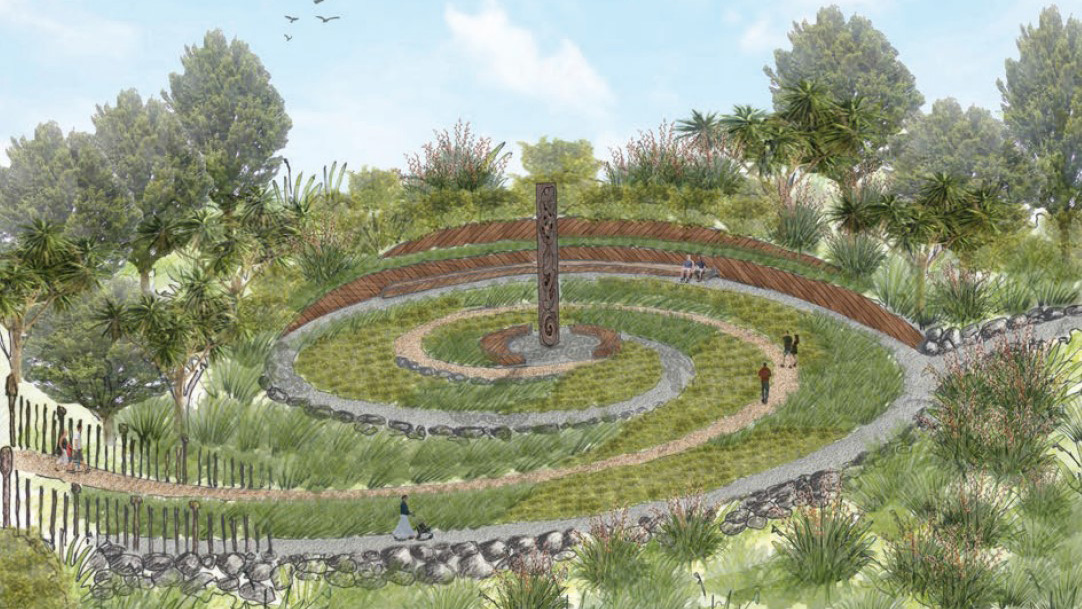 Work on implementing the first stage of a landscape master plan for Takapūneke Reserve gets under way today. 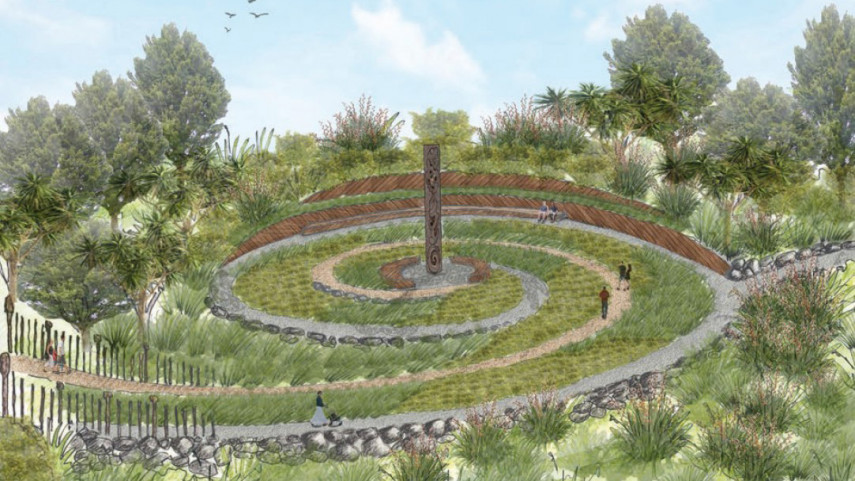 Developed jointly by Christchurch City Council and Ōnuku Rūnanga the master plan looks to acknowledge the cultural and historical importance of the site, which was the scene of a massacre in 1830.

Stage one will be undertaken in two parts.

The first part will involve terracing and the creation of a flat platform area for a pou, along with paths in the form of a Takarangi, an intersecting double spiral. The pou is being designed and created by renowned Ngāi Tahu carver Fayne Robinson.

It will be completed in time for a formal opening on Saturday 5 February 2022, hosted by Ōnuku Rūnanga.

Part two will see feature lighting installed for the pou along with planting, furniture and palisade fencing and an area for handwashing at the Stanley Place entrance.

It’s expected part two will be completed before the inaugural Matariki public holiday on June 24.

Ōnuku Rūnanga Chair Rik Tanui says this is an important step forward in helping to tell the real story of Takapūneke.

“This piece of land carries huge significance for our rūnanga. We want people to know its story and its history and provide a place for peaceful reflection.”

“Council and Ōnuku Rūnanga have worked closely to develop this landscape plan and we are all extremely pleased to have reached a stage where we can start to see the plan come to fruition.”

The site was an important centre for trade between Ngāi Tahu and European settlers, but following the massacre the area became tapu.

In 2002 the reserve was registered as Wāhi Tapu (a place of outstanding historical and cultural heritage values).