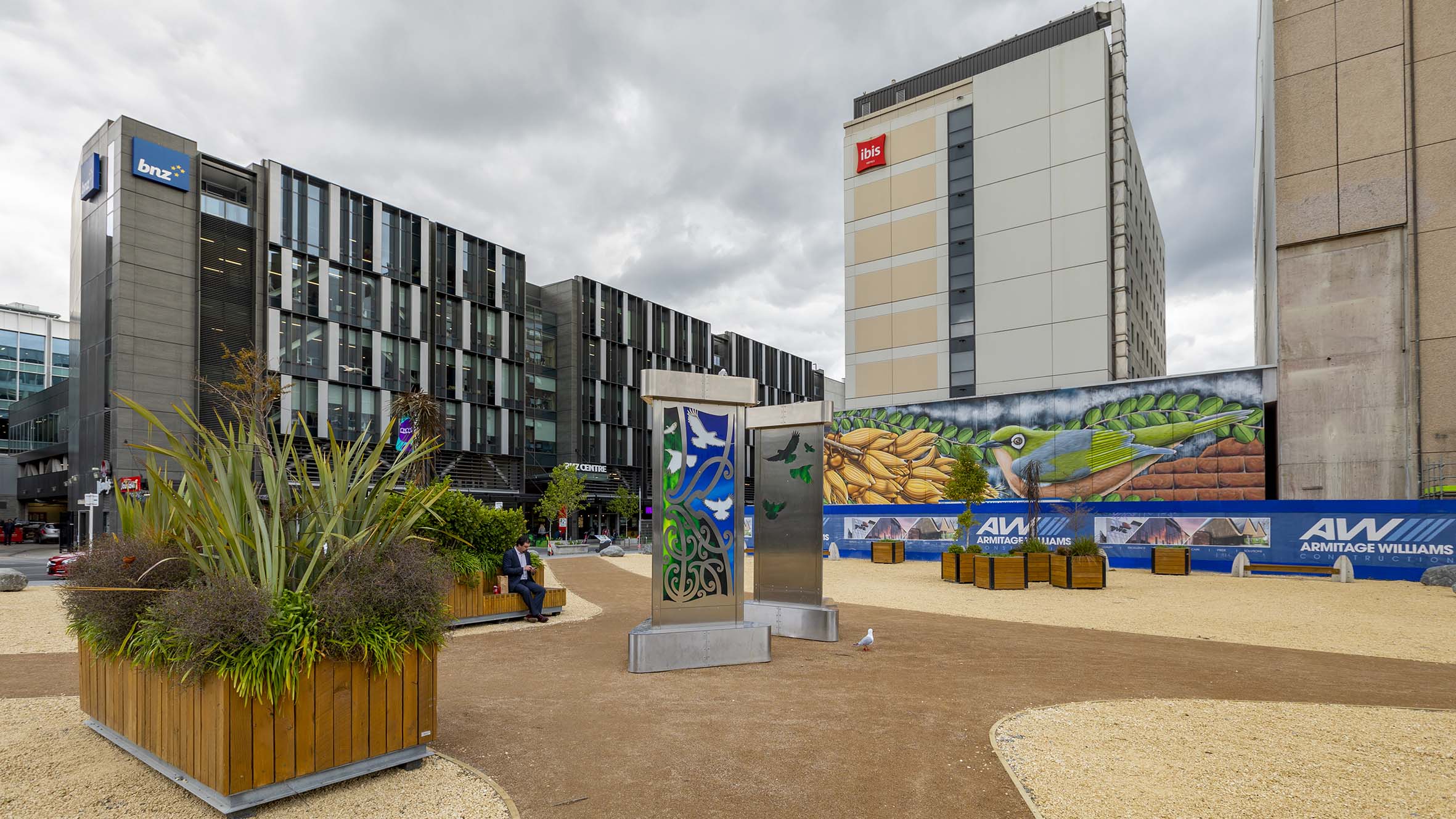 A prominent vacant site in Cathedral Square has been temporarily transformed into an urban park by its owner. 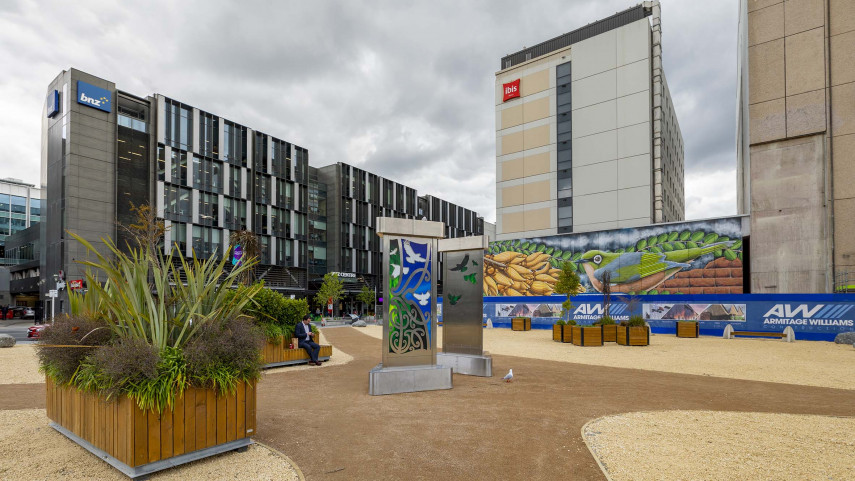 “The transformation that has occurred at 9 Cathedral Square is a great example of how vacant sites can be used to help support the city’s regeneration while waiting for permanent development to take place,’’ says Christchurch City Council’s Head of Urban Design, Regeneration and Heritage Carolyn Ingles.

“The site on the corner of Colombo and Hereford streets was previously uninviting, but now it is a welcoming, interesting space.’’

The site is owned by Surja Yang, of Emerald Development Limited.  He has worked in partnership with the Council on a low-cost makeover of the site so that it looks attractive and provides a pleasant space for Central City visitors, workers and residents  .

Mr Yang has paid to have the site cleared and hard landscaping put in, while the Council has shifted some of its planter boxes, seats, and art works onto the site to encourage its use as a temporary addition to the city’s public realm.

Mr Yang says he is delighted with the end result.

“Cathedral Square is the heart of the city but since the earthquakes it has been surrounded by damaged buildings and hoardings. Our intention is to encourage people to walk through the Square and make it alive again,’’ Mr Yang says.

“We do have plans to build on the site but in the interim we want it to look attractive so that we support the Central City and the opening of Te Pae Christchurch Convention Centre and the restored Old Post Office building later this year.’’

Ms Ingles says the Council is keen to support other property owners to find good short-term uses for their land until development can get underway.

“Residents and business owners have told us that vacant sites, particularly those that are unkempt,  negatively impact on people’s perceptions and put people off visiting or investing in an area,’’ Ms Ingles says.

“Our Central City is continuing its regeneration journey and we need to do all we can to encourage new investment. As a Council we can’t force owners of vacant sites to develop them. However, we are very keen to support them in delivering permanent development.  Where the timing or financial conditions are not right, owners including Mr Yang, Anthony Gough, Ngai Tahu Property, and public agencies such as Ōtākaro Limited, have invested in improving site appearance.

“These sites now contribute to, rather than detract from, the experience of our Central City,’’ Ms Ingles says.

*If you have a vacant site and would like some guidance and support on future development options, or cost effective, low maintenance ways to improve it there is information available at ccc.govt.nz/vacant-sites.