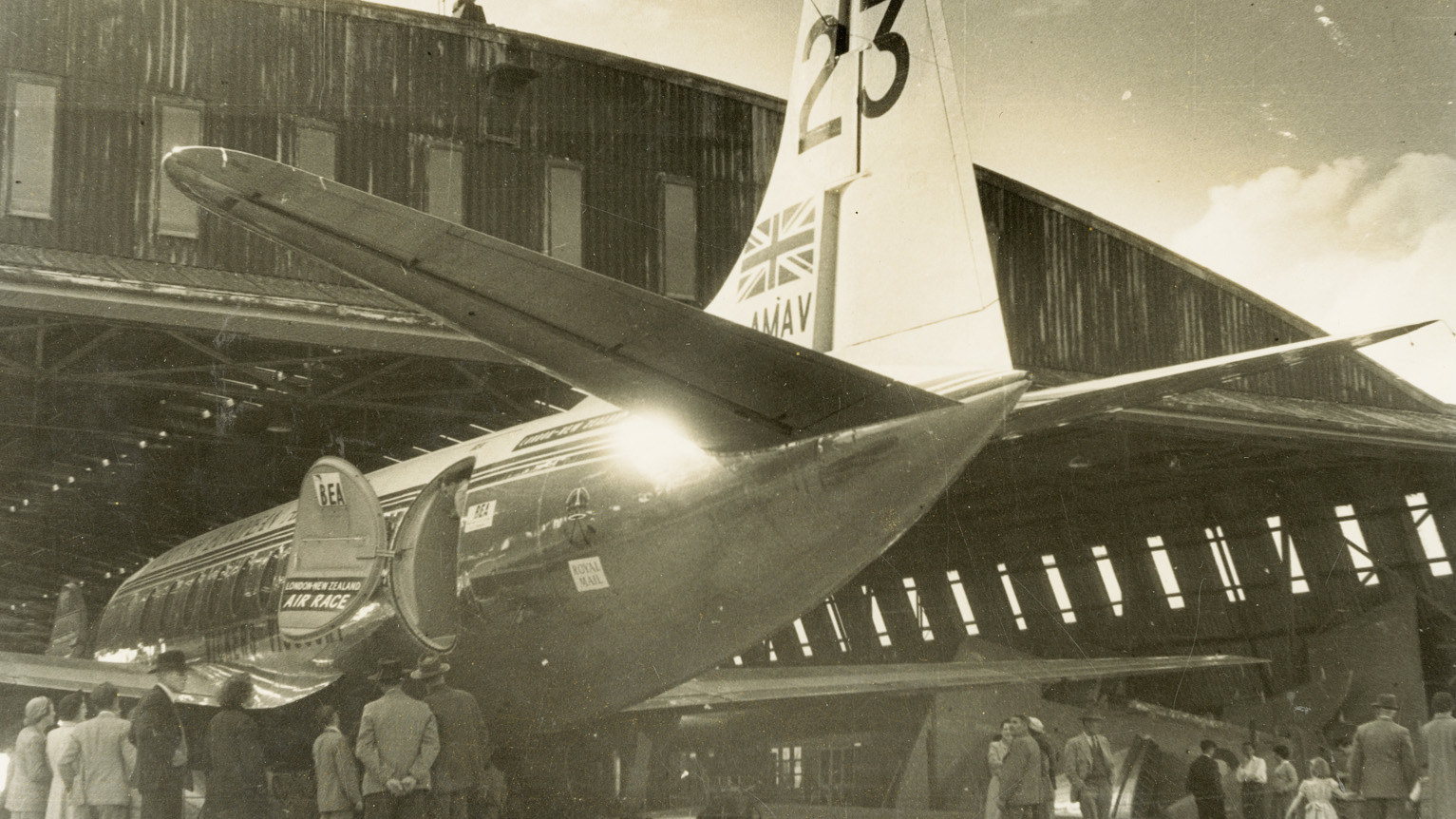 Do you have a box of photos at the top of the wardrobe or under the bed? Do you think no-one would be interested in your old photos? Think again! 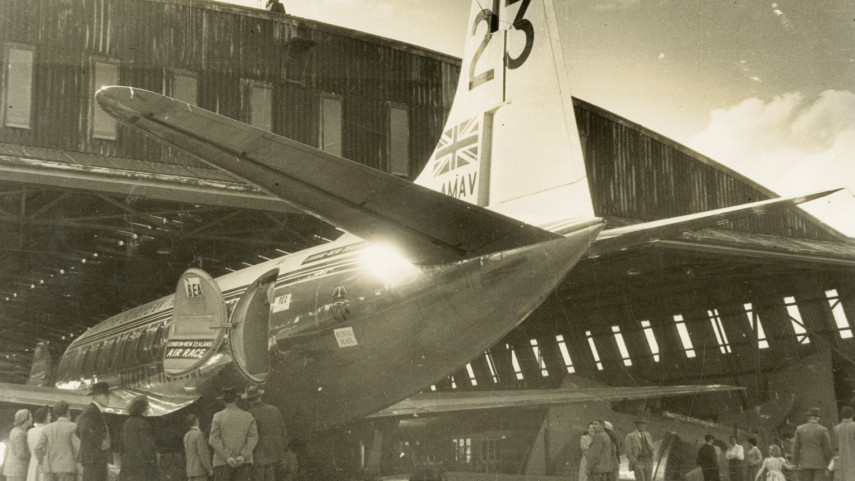 The popular event is part of the Christchurch Heritage Festival which runs from 9-25 October.

Take your photos into your local library and they will scan and return them or you can upload photos to discoverywall.nz

The winning photograph from last year’s Photo Hunt (pictured above) was taken by Barbara Newcombe’s father Peter Basire in October, 1953.

It shows a British European Airways Vickers Viscount 701 near the hanger at Christchurch Airport – surrounded by admirers.

“We really liked how this particular photograph combines being artistic with telling a great story about the crowds inspecting the planes following the London-Christchurch Air Race,” says Christchurch City Council Head of Libraries Carolyn Robertson

“The image captures an event very much of its time and the great excitement of Christchurch being the final destination of the air race.

“The Air Race is a well-known event but it wasn’t well represented in the digital heritage collection so this image, along with the 12 others contributed as part of this collection, provide the public with an insight into this historic event.”

Another notable find last year came from Ron Cone, who brought in a box of old photos he had taken of everyday life and work around Christchurch.

Some of Mr Cone’s photos show crowds gathered outside the State Theatre, an aerial shot of Papanui High School in the 1960s and the intersection of High Street and Cashel Street in 1967.

“Thanks to Mr Cone we now have precious photos of how Christchurch was, and some really interesting colour photos from the 1950s and ’60s,” Ms Robertson says.

Mr Cone’s collection of over 80 images are available to view online at Canterbury Stories.