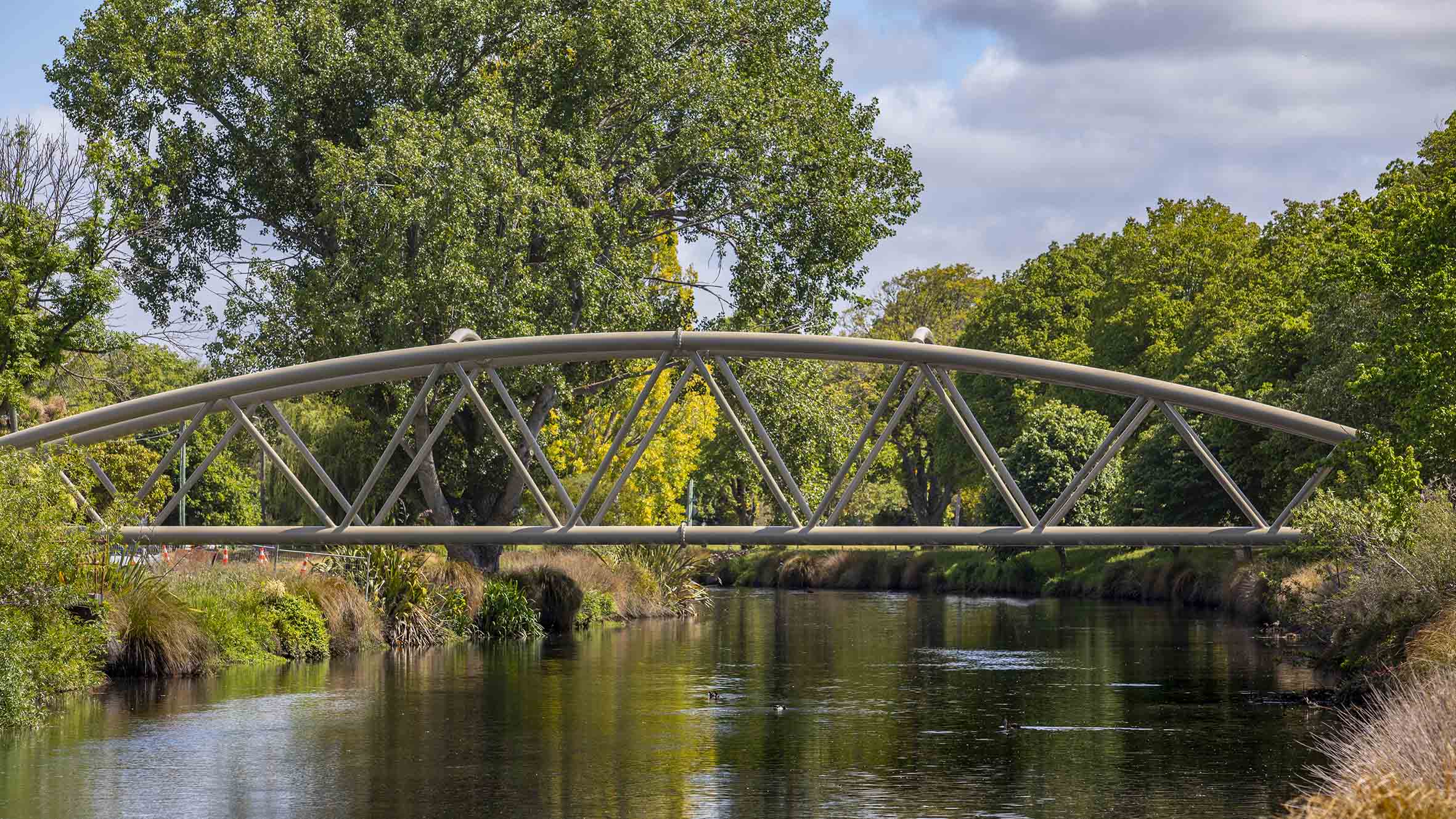 The return of foot and cycle access across the Ōtākaro Avon River at Medway St is another step closer after the new Medway St Bridge span was successfully lifted into place by crane yesterday. 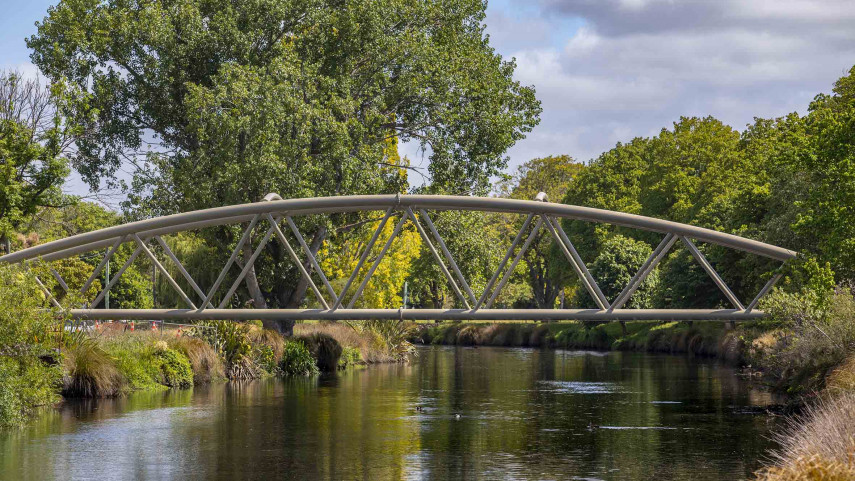 The original Medway St bridge became a local symbol of the 2011 earthquakes after it was twisted and warped by the shakes.

Christchurch City Council’s Head of Parks, Andrew Rutledge, says the new installation is the second of three pedestrian bridges that are in the process of being built in the Ōtākaro Avon River Corridor.

“The Medway St bridge is probably the most iconic of the three new bridges, as it reinstates an important community connection that’s been missing since the earthquakes,” Mr Rutledge says.

“Now that the Medway St bridge is in place, contractors will install pre-cast decking panels, timber boardwalks and asphalt approach ramps, and landscape the area.”

“Once completed, these bridges will play an integral role in the future City to Sea Pathway that will follow the river from Barbadoes St to New Brighton.”

The three bridges at Avondale, Medway St and Snell Place and a new riverside landing at Dallington are being funded by a $13.7 million grant from the Christchurch Earthquakes Appeal Trust.

Work on the Dallington Landing is nearing completion, with some of the fences expected to be removed before the Christmas break so people can enjoy the area over the holidays. Final landscaping and seat, table and shelter installation will be completed early in the New Year.