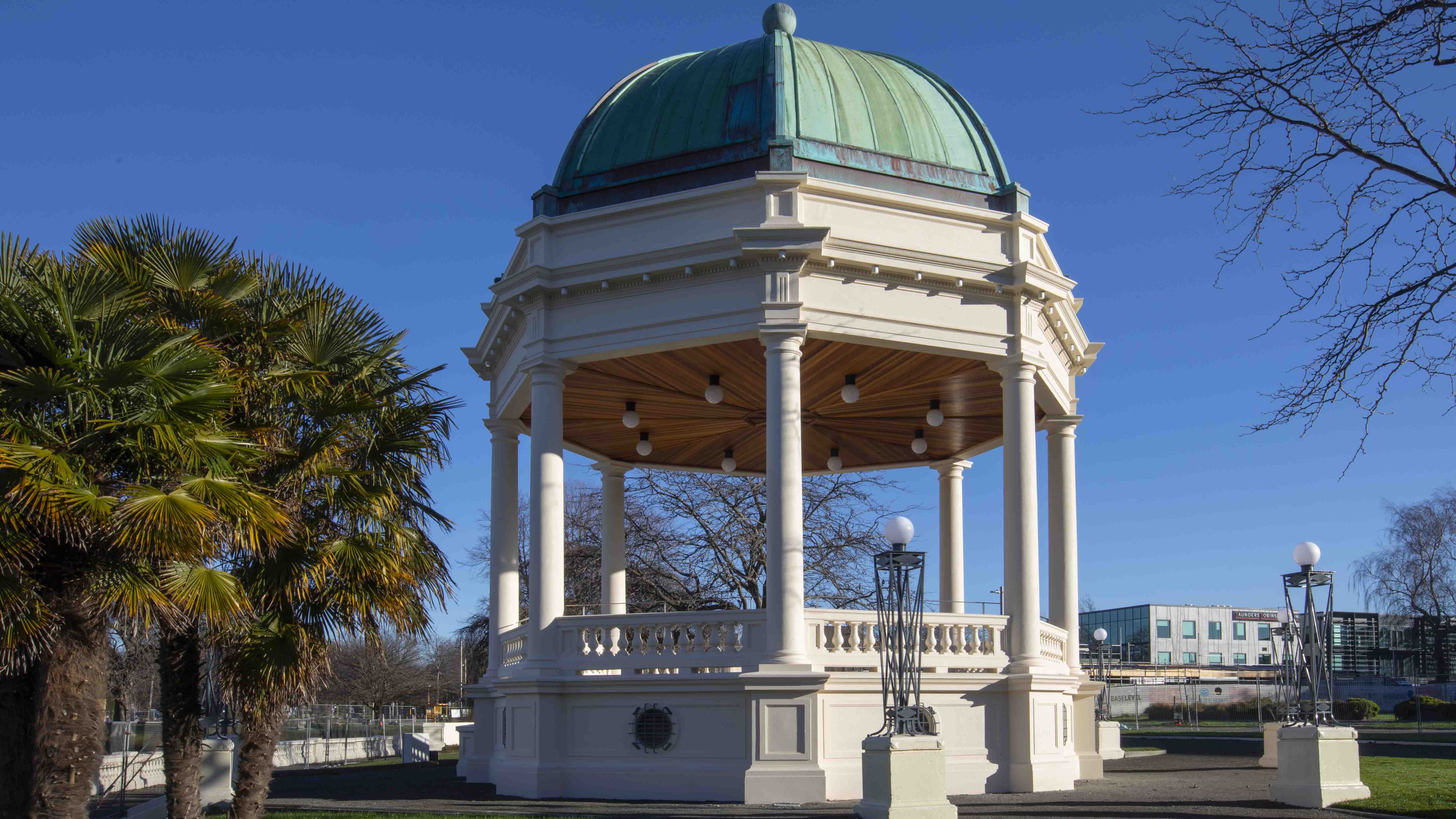 One of Christchurch’s riverside gems has its sparkle back. 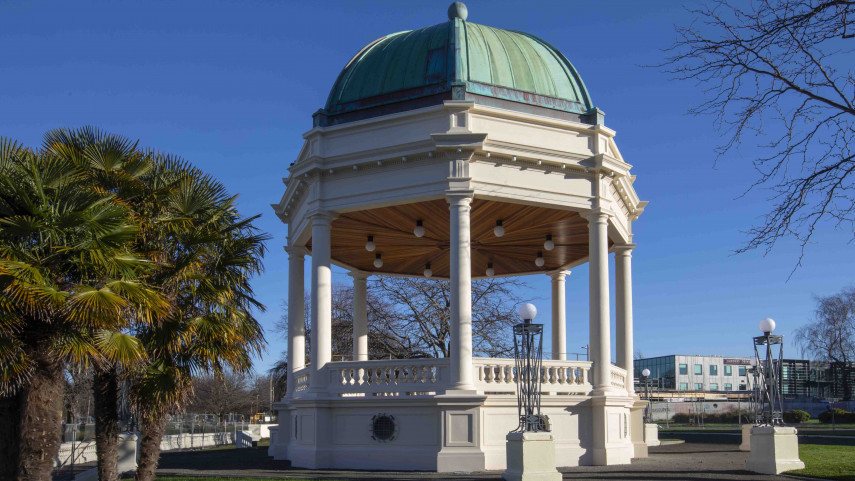 Contractors have finished restoration work on the Thomas Edmonds Band Rotunda, which was built in 1929 as a gift to the city from businessman and philanthropist Thomas Edmonds, of Sure to Rise baking powder and cookbook fame, to mark his 50 years of business in the city.

Sited on a picturesque spot on the banks of the Avon River, the rotunda has a distinctive copper dome and was built to provide a stage for outdoor brass band concerts, which were a popular form of entertainment in the late 1920s.

“The rotunda was badly damaged in the earthquakes and had to be partially deconstructed for safety reasons. We were determined though to see the rotunda rebuilt because it is a landmark building that we wanted future generations to be able to enjoy.

“Fortunately the Christchurch Earthquake Appeal Trust granted $1 million towards the rotunda’s $1.5 million restoration, which will  also include the addition of light-weight roll-up panel screens to enclose the rotunda and protect the interior from the weather,’’ Mr Moses says.

“There’s still some finishing touches to be put on the landscaping around the rotunda, but it is looking great and we are really looking forward to seeing it being used again.’’

To give the newly sown lawn around the band rotunda the best chance to get established, people wanting to view the rotunda are being asked to stay on the paths and keep off the grass.

The rotunda will reopen as a space that can be used for performances and as a sheltered space where people can sit and relax.